On a book tour, former President Jimmy Carter received invitations to visit more than 100 college campuses. He accepted only five—including one from the University of Iowa.

As a crowd gathered at Carver-Hawkeye Arena in 2007 to hear Carter’s perspective on the Middle East peace process, members of the UI Lecture Committee mingled backstage with the Nobel Peace Prize recipient. One of the student leaders suggested a “funny face” group photo with Carter. On cue, the former commander-in-chief widened his mouth and his eyes bulged for a surprisingly candid moment that diverged from the pomp and circumstance of a typical presidential visit. Clowning around with Carter created a lasting memory those students would never forget.

For years, the university has enriched the lives of students and the broader community by bringing them face-to-face with the world’s finest thinkers, politicians, entertainers, and artists. Campus visitors have included an impressive array of international figures who—like Carter—engage and enlighten audiences, stimulate thought and discussion, and enhance the UI’s reputation and educational mission.

Thanks to these opportunities, students have danced to the big band sounds of Duke Ellington, Nat King Cole, and Louis Armstrong; chuckled with comedians such as Lily Tomlin, Bill Cosby, and Jerry Seinfeld; and pondered the prose of Kurt Vonnegut, Amy Tan, and Salman Rushdie. They have campaigned for presidents Herbert Hoover, Ronald Reagan, and Bill Clinton; sang along with Johnny Cash, the Smashing Pumpkins, and Whitney Houston; and imagined the possibilities with Martin Luther King Jr., Eleanor Roosevelt, and Carl Sagan.

Undergraduates have also used their experiences planning events with the Lecture Committee, Hancher, SCOPE Productions, and other organizations as a stepping stone to rewarding careers. Not only have students enjoyed the rare opportunity to work with the stars, but they’ve also gained hands-on experience in areas such as promotion, production, hospitality, marketing, talent buying, and finance.

Whether behind-the-scenes or in the audience, Hawkeyes have benefited from hearing the diverse perspectives of the distinguished lecturers and entertainers who visit the Field House, Iowa Memorial Union, Carver-Hawkeye Arena, and Hancher. In this photo feature, Iowa Alumni Magazine looks back at some of the famous guests who have graced the Iowa campus throughout the ages. 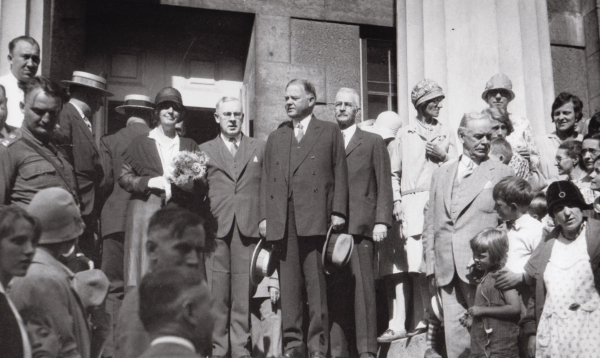 Soon after receiving the Republican presidential nomination in August 1928, Herbert Hoover visited his home state of Iowa. His stop in Iowa City—with wife Lou Henry—included a tour of the Old Capitol given by UI President Walter Jessup (pictured standing between the Hoovers). To watch video from the event, visit http://digital.lib.uiowa.edu/u?/ictcs, 7030. 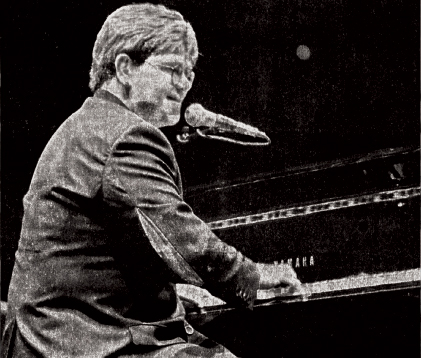 In March 1999, Sir Elton John played a three-hour set at Carver-Hawkeye Arena that included such hits as "Circle of Life" and "Benny and the Jets." 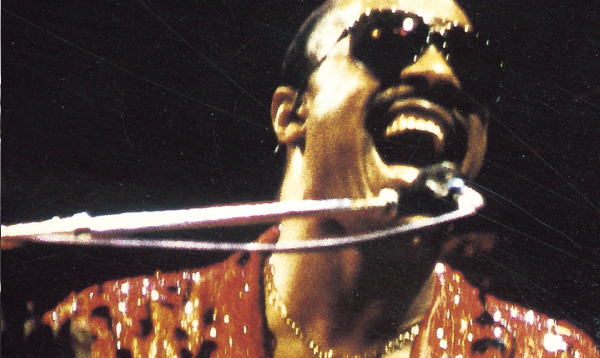 For a ticket price of $18.50, fans spent an evening at Carver-Hawkeye Arena with Stevie Wonder. During the September 1986 concert, hosted by SCOPE, Wonder performed on a circular revolving stage surrounded by four video screens. According to the Daily Iowan, Wonder ate an ice cream cone during one song and also threw a pink-sequined coat out into the audience. 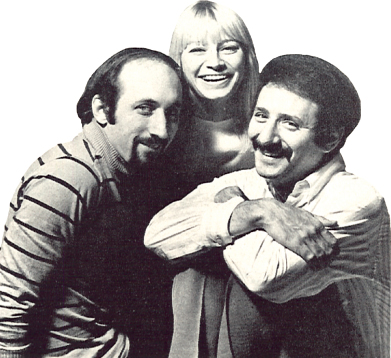 “Who could forget the Peter, Paul and Mary performance when the whole of Hancher was singing ‘Puff the Magic Dragon?’”
— Kathleen Schmidt Renquist*, 69BS, as told to Hancher 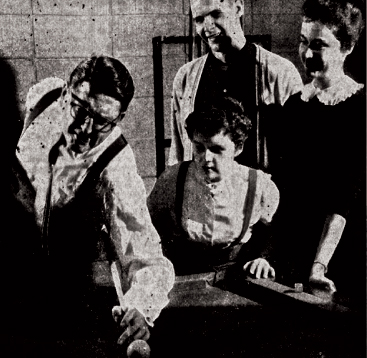 “My favorite memory of Hancher was watching the performance of The Music Man in the early years. The crowning moment came during the finale when the Hawkeye Marching Band exploded into the auditorium led by none other than Meredith Willson. It brought thunderous applause then and can bring tears to my eyes now remembering it.” - Margaret Ioder Wendle*, 75BSN, as told to Hancher about a 1970s production

Iowa native Meredith Willson stopped at the IMU during his tour of campus in October 1958 to give students a few pointers on playing pool. The composer also gave a lecture on the making of his Broadway hit The Music Man. 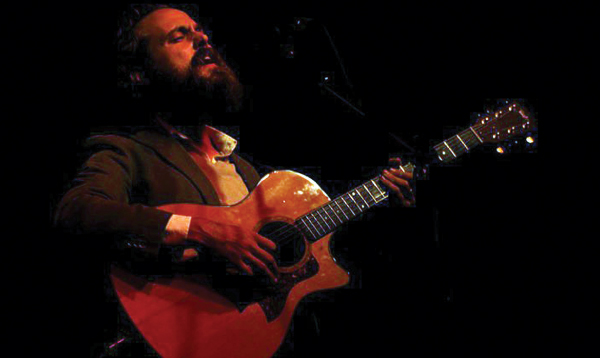 “Iowa City was the first stop on the Iron and Wine tour. I got goosebumps when they started out playing ‘Flightless Bird’ a cappella on the piano. The IMU Main Lounge—full of people—went dead silent. It was a moving show, where everyone left crying or wanting to cry.”
-Emily Kane, UI senior and assistant general manager of SCOPE Productions