View All From You
Share
IOWA Alumni Magazine | April 2012
Art & About
By Tina Owen
Life-enhancing encounters with creative works take place all over the University of Iowa campus. 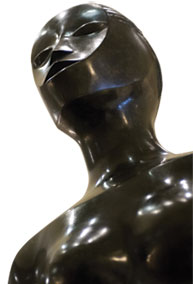 The first African-American MFA student to graduate from the UI, Elizabeth Catlett, 40MFA, chose this work specifically to emphasize the university's early acceptance of women scholars and focus on racial diversity.

My images are objects upon which to reflect and consider who we are and how we got to be like this."

UI professor emeritus Peter Feldstein offers this explanation of the creative impulse behind one of his latest projects. But, his words also sum up the ambitious goals of the UI’s Art on Campus program, which showcases Feldstein’s Iowa Portraits—photographs of ordinary Iowans etched on immense glass panels—that were recently installed in the new College of Public Health building.

Under this 30-year program, dozens of public works of art are scattered around campus in places where people can enjoy and interact with them. Removed from the formal surroundings of a museum, they invite a meditative moment, a second look, or a caressing touch.

The UI program is part of the state of Iowa’s Art in Public Buildings initiative, which since 1979 has mandated that all state-funded buildings must set aside half of one percent of total project costs for art. That may not sound like much, but it’s created an incredible public art collection on the UI campus.

In concrete, bronze, paint, mosaics, glass, wood, pottery, and other media, artists express their visions. And the public responds. Outside the football stadium, fans pose for photographs with the bronze statue of Nile Kinnick. At the Campus Wellness and Recreation Center, a steady stream of visitors walks along the 50-foot-long River of Life mosaic that meanders along the floor of the entrance hall. Near the Chemistry Building, people trace the intricate maze carved into the 19-ton granite boulder called Ridge and Furrow.

Here, Iowa Alumni Magazine showcases some of the works of public art that offer such opportunities to pause, to reflect, and to learn what makes us human. 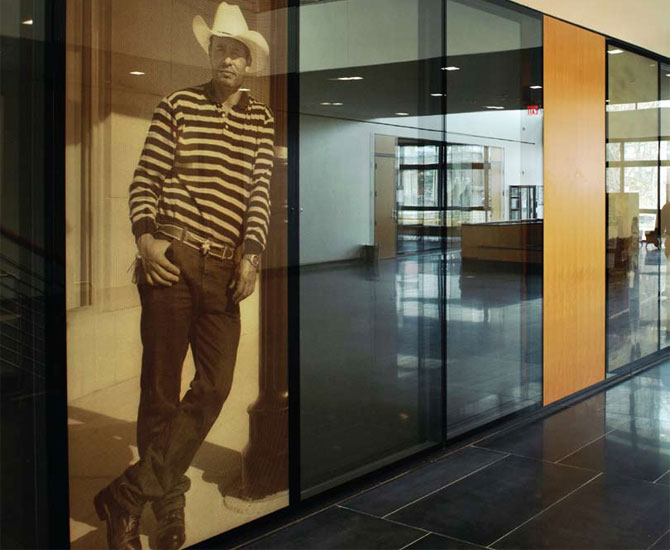 Peter Feldstein's portraits of people from throughout the state represent all the Iowans served by the UI College of Public Health, either directly or indirectly. Their quiet beauty offers a human presence to a building devoted to science and medical research. 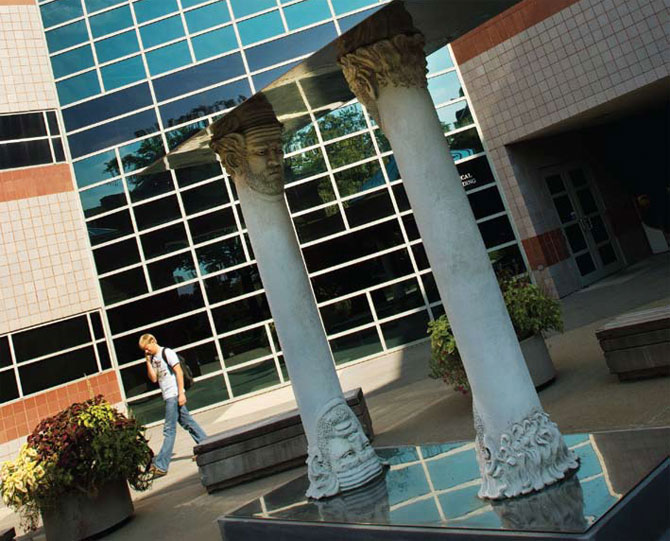 Sculptor Robert Arneson suffered from cancer, an illness that eventually claimed his life but did not dim his belief—as expressed in this work—that each individual is charged with the responsibility of self-knowledge. 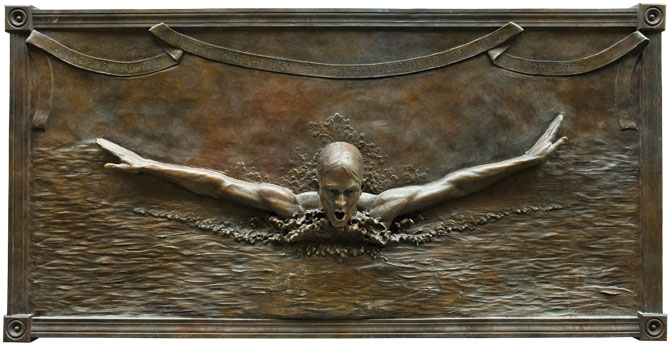 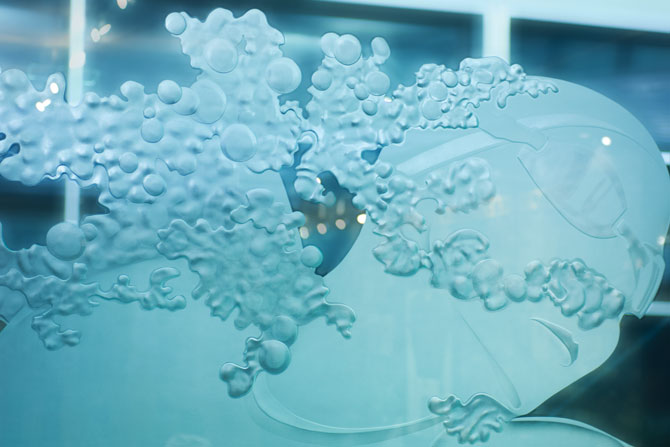 Sharon Roadcap-Quinlivan used stylized representations of athletes to indicate the various sports offered at the UI.

In this work, Peter Randall-Page embraces an organic pattern found in many natural forms—from the structure of the human brain to a tiger's stripes and to the plowed fields that cover much of Iowa. The granite boulder he used for this work is similar to those deposited in Iowa by prehistoric glaciers.

As artist Rebecca Ekstrand is involved in rowing, she knows the physical demands of this intense sport. With this mosaic, she wanted to lift the spirits of the Hawkeye rowers during long, arduous hours of repetitive practice indoors.

Map of public art on campus

Video of the River of Life mosaic