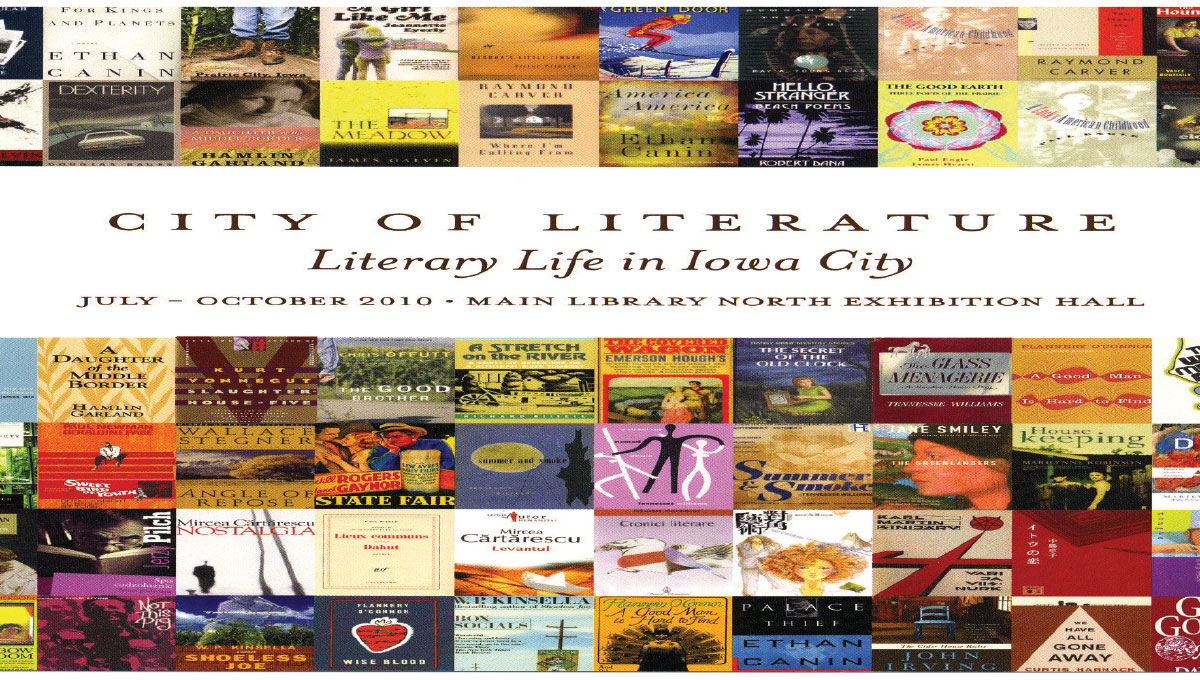 At first glance, a European book may seem out of place in an exhibit about Iowa City literature. But take another look at Imre Szasz's U.S. travelogue, Dry Martini, and the familiar place names "Mayflower Hall" and "English- Philosophy Building" will jump out from the sea of Hungarian words.

Szasz, an International Writing Program alumnus, is one of countless writers from around the globe who have found their muse in Iowa City over the years. The "City of Literature: Literary Life in Iowa City" display, which runs in the UI Main Library's North Exhibit Hall through October 31, takes a look at how this modest Midwestern college town—home to the Iowa Writers' Workshop and the International Writing Program—has shaped the world of literature for more than 150 years.

The exhibit includes books, letters, photos, and other memorabilia from the UI's most renowned writers, including Jane Smiley, 75MA, 76MFA, 78PhD; Orhan Pamuk; and Rita Dove, 77MFA. Among the featured items are a photo of the Iowa City home in which Kurt Vonnegut used to throw May Day block parties, an 1869 article from the Iowa City Republican critiquing Mark Twain's visit to campus (wrote the editor, "We would not give two cents to see him again"), and Flannery O'Connor's 1947 UI thesis, which was dedicated to Paul Engle, 32MFA, founder and longtime director of the International Writing Program. The display also includes the artistic application for Iowa City's successful bid to become the world's third UNESCO City of Literature.

In conjunction with the "City of Literature" exhibit, actualist poet Dave Morice, 72MFA, 78MA, also known as "Dr. Alphabet," will spend several hours each day in the library on a mission to write a 10,000-page poem in 100 days. The poetry marathon and exhibit prove that the writing spirit is as alive as ever in a city whose poetry and prose can be found everywhere from the bookshelves of the Dey House to the sidewalks of Iowa Avenue.