From her office on West Iowa, Sarah Dodson collaborates with fellow UI graduates to create a literary magazine featuring work by distinguished Iowa writers. Yet, despite the strong influence from the City of Literature, this is no Iowa City publication—Dodson and her team publish MAKE: A Literary Magazine in and for the Windy City.

While an English major at the UI, Dodson took classes in comparative literature, which sparked her interest in the symbiotic relationship that exists among writing, music, theater, and the visual arts. In 2004, Dodson, 09BA, and some friends decided to explore that topic further by co-founding MAKE Productions, publisher of MAKE. In 2008, the organization grew into MAKE Literary Publications, a nonprofit organization that continues to publish the magazine and hosts integrative arts events in Chicago and throughout the Midwest. 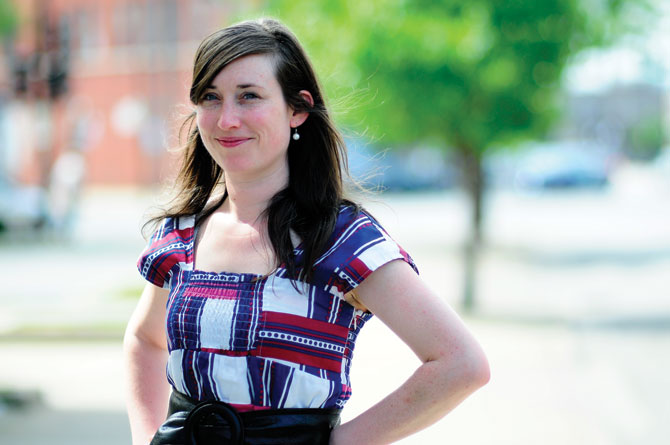 Each issue of MAKE has an overarching theme that unifies the magazine's fiction, nonfiction, poetry, essay, art, and review submissions. The latest issue, "Myth, Magic & Ritual," includes an in-depth essay exploring Bruce Springsteen's legend, an interview with Trainspotting author Irvine Welsh, and a new translation of a Chilean short story.

At MAKE magazine release parties, Dodson and her staff invite the issue's contributors, as well as musicians and theater troupes, to meet and perform for readers. "We want to introduce and expose people to more art forms than just the one they may have come for," says Dodson, who also helps organize the Poetry Foundation's Printers' Ball, a nationally renowned literary showcase.

MAKE is distributed to independent and chain bookstores nationwide and can also be accessed online at http://makemag.com. MAKE events have also extended beyond Chi-Town to cities as far away as Omaha, New York, and Los Angeles. Says Dodson of the expansion, "I enjoy being a part of an organization that allows emerging writers and artists to express themselves and have their work distributed and documented. That's the best part of the gig."