Iowa Engineer Builds a Robot Octopus to Explore the Ocean

By Shelbi Thomas
2 minute read
Inspired by her fascination with sea life, a professor is developing a “softopus” that could help the Navy in its underwater missions. 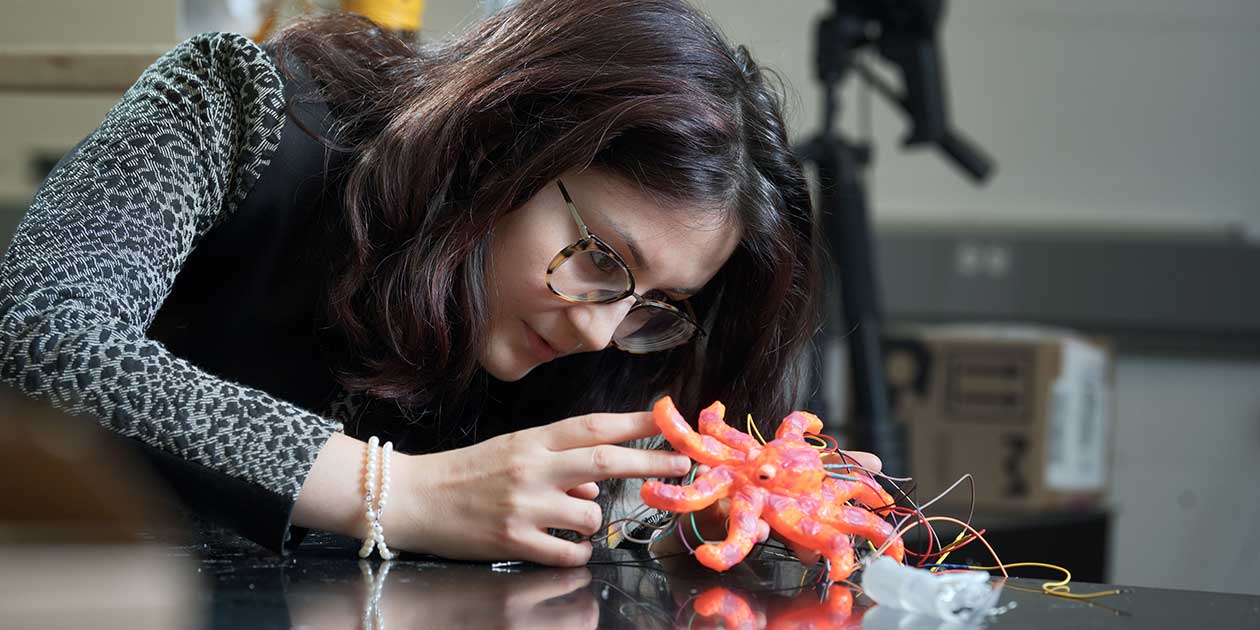 PHOTO: JUSTIN TORNER/UI OFFICE OF STRATEGIC COMMUNICATION Assistant professor of mechanical engineering Caterina Lamuta works with a prototype “softopus” in her lab at the University of Iowa.

An octopus can swim and crawl into tiny spaces, change texture to blend in with its surroundings, and use its tentacles to grasp and manipulate objects.

That flexibility and freedom of movement underwater interests the Office of Naval Research, which recently awarded Caterina Lamuta, a University of Iowa assistant professor of mechanical engineering, funding through the 2023 Young Investigator Program to develop an octopus-inspired intelligent soft robot.

According to the National Oceanic and Atmospheric Administration, more than 80 percent of the ocean remains unexplored. An octopus-like robot could uncover the vast wonders of the ocean, as well as monitor hard-to-reach places and assemble, retrieve, or repair submerged equipment. Its size and adaptability would serve as an advantage over underwater drones and autonomous vehicles. “These robots can reach places where humans cannot go,” says Lamuta. 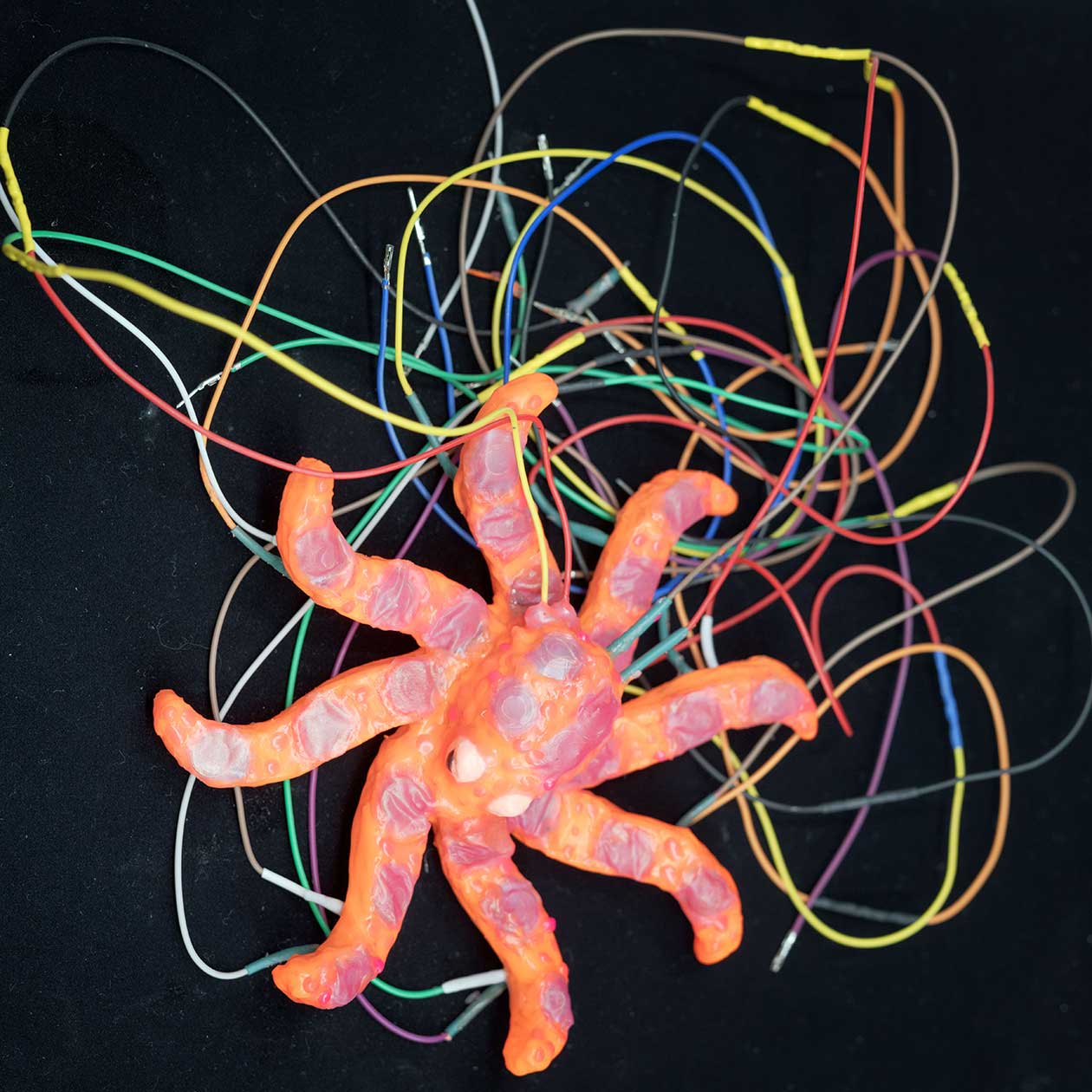 Known as the “softopus,” Lamuta’s 1-meter-long robot would be made from soft rubber, which is stretchy and lightweight. Twisted and coiled artificial muscles inside could lift up to 12,600 times their weight and change texture with a small input voltage. By changing texture, the robot can become camouflage or more hydrodynamic. The softopus, which contains sensors and cameras, also can shed biofilms that tend to deteriorate other manmade items underwater.

Lamuta and her lab will receive $502,242 over the next three years for the project, which builds upon previous work she has done for the Navy, Air Force, and Defense Advanced Research Projects Agency. In addition to recognition from the highly competitive Young Investigator Program, the UI’s Early Career Scholar of the Year also recently received DARPA’s Young Investigator Award for her innovative scientific research.

Besides scientific papers, Lamuta’s research has included observing octopuses at the Monterey Bay Aquarium in California. She’s also a fan of the Netflix documentary My Octopus Teacher. “I’m originally from Italy, where we have a lot of salad and pasta dishes that are based on the octopus,” she says. “But since I started working on this topic and know how intelligent octopuses are, I quit eating them.”