Iowa Neuroscientist and Painter Explores the Beauty of Biology

By Josh O'Leary
3 minute read
Inspired by her work in the lab, an Iowa researcher creates artwork that graces the cover of scientific journals. 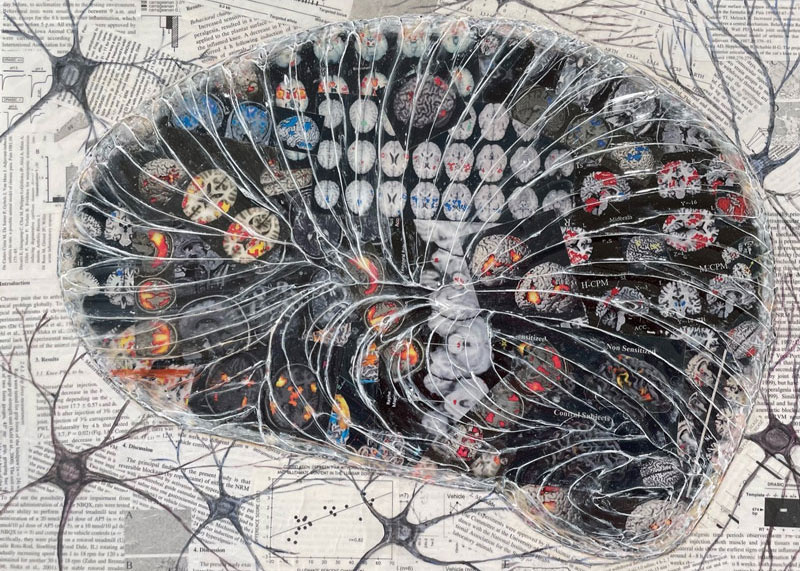 Inside Kathleen Sluka’s home painting studio, big bay windows overlook a country pond not far from an apple orchard. While it’s an idyllic setting for an artist, what really gets Sluka’s creative neurons firing isn’t the Iowa landscape. It’s the aesthetics of neurons themselves.

A University of Iowa neuroscientist and physical therapist, Sluka spends her time outside of work in this rural retreat painting scenes usually only visible through a microscope. Her subjects include treelike neural networks, shimmering brain waves, and other biological marvels inspired by her career as a professor and researcher. 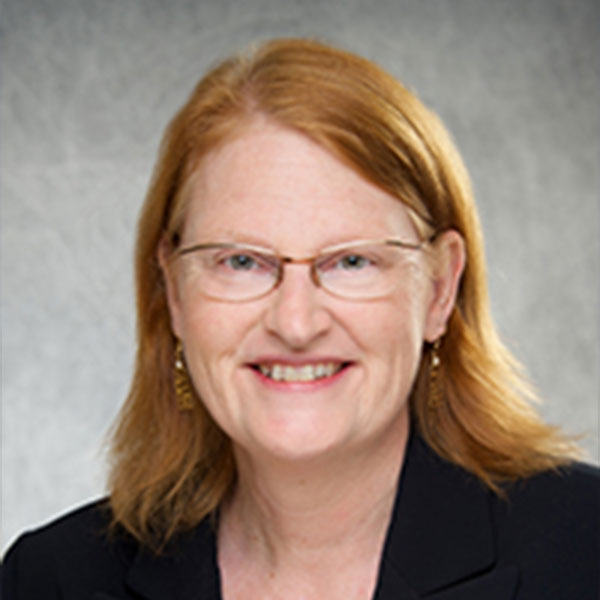 “My goal is to portray cells in a really pleasing manner so people understand the beauty of science—and the importance of science,” says Sluka, a professor of physical therapy and rehabilitation science, neuroscience, and pharmacology.

Sluka took art classes as a kid growing up in New York and New Jersey, where her parents encouraged her to explore her artistic abilities alongside her passion for science. When the time came for college, however, she embarked on a career path in medicine. Sluka studied physical therapy at Georgia State University in Atlanta and earned a PhD in anatomy at the University of Texas Medical Branch before ultimately settling in Iowa City as an assistant professor in 1996. Today, she runs the Neurobiology of Pain Laboratory, which researches new treatments for people suffering from chronic pain.

While painting took a backseat to raising a family and her demanding career, Sluka picked up her paintbrush again about a decade ago. To destress from work, she began taking online art classes, watching YouTube videos, and reading books on technique. “It finally dawned on me that, when everybody says paint what you know, well I’m a scientist, I should paint science,” Sluka says. “A lot of the ideas I have come to me when I’m sitting here reading papers or talking with students or going to talks.”

Working with acrylic paints and mixed-media materials—including collaging scientific papers—Sluka often explores the nervous system and pain-related disease. Her paintings have been featured on the cover of more than 15 scientific journals in recent years, including the publication for the International Association for the Study of Pain, where she serves as an editor. Sluka also drew the illustrations for the textbook she authored titled Pain Mechanisms and Management for the Physical Therapist, and she’s currently painting new artwork for an updated edition. As Sluka has gained more confidence with her brush, she’s begun taking commissions, selling prints, and exhibiting her work through UI Hospitals & Clinics’ Project Art and at the Society for Neuroscience’s annual meeting.

“Art has become as much a part of who I am as being a scientist is part of my identity,” says Sluka. “I feel that I’m an artist and a scientist.”

So much for left-brained versus right-brained.

Check out more of Sluka’s art and journal covers at her website, Cells of Life. This 24x36-inch acrylic painting is a cross section of a nerve showing different sizes of nerve fibers. The largest ones, also called axons, are insulated by myelin (shown here as black rings) and send signals to our muscles to make them contract and move. The smallest, in red, orange, and yellow, are thinly myelinated or unmyelinated and send pain signals to the spinal cord and brain.
COURTESY KATHLEEN SLUKA This 8x10-inch acrylic painting depicts the intricate connections between neurons through their dendrites and axons. These connections send signals and messages to control nearly all aspects of the body including sensation, movement, breathing, learning, thoughts, and emotions.
COURTESY KATHLEEN SLUKA This 8x10-inch acrylic painting on clayboard was inspired by neurons making intricate connections to other neurons through their dendrites.
COURTESY KATHLEEN SLUKA This 16x20-inch acrylic painting depicts the brain’s microglia, which play a significant role in many nervous system diseases including pain and depression.
COURTESY KATHLEEN SLUKA

This 24x36-inch acrylic painting is a cross section of a nerve showing different sizes of nerve fibers. The largest ones, also called axons, are insulated by myelin (shown here as black rings) and send signals to our muscles to make them contract and move. The smallest, in red, orange, and yellow, are thinly myelinated or unmyelinated and send pain signals to the spinal cord and brain.
COURTESY KATHLEEN SLUKA