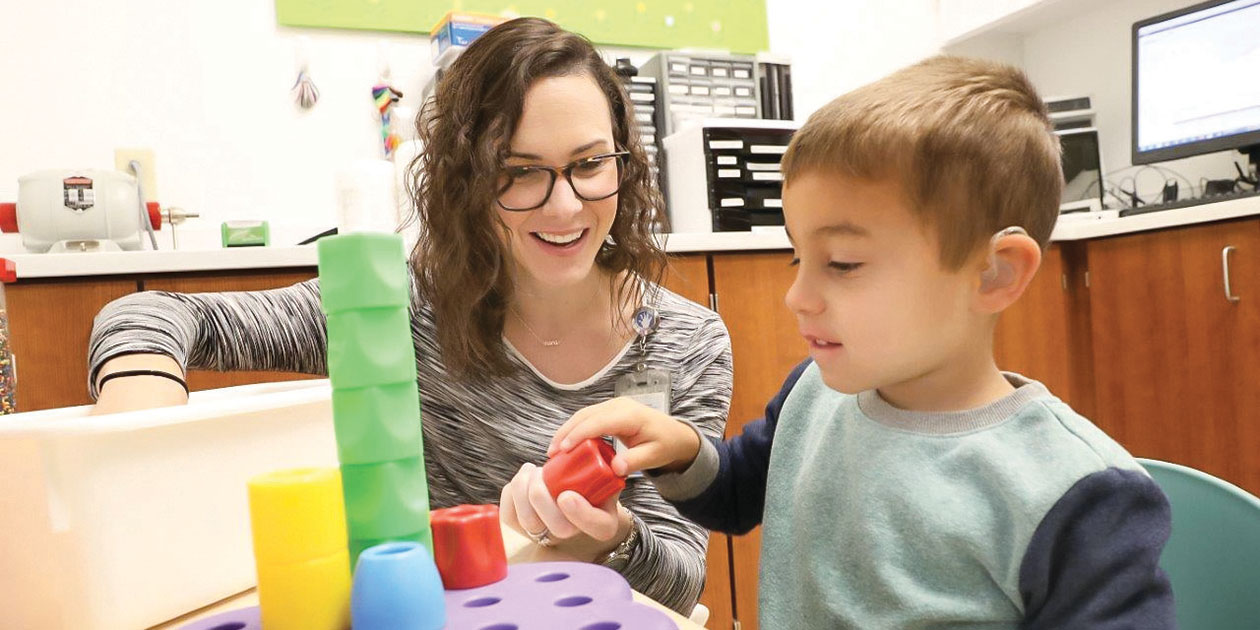 PHOTO: JAN TERRY/LURIE CHILDREN’S Katie Farnsworth brings her personal experience with hearing loss to her work as a pediatric audiologist.

Katie Radasevich Farnsworth (11BA) has learned to live—and thrive—with severe hearing loss for most of her life. Now, as a pediatric audiologist at Ann and Robert H. Lurie Children’s Hospital of Chicago, she’s hoping to inspire others through a recently released podcast called “Amplified: Presented by Lurie Children’s.”

The five-episode podcast follows Farnsworth’s journey from childhood to the University of Iowa—and now into her career and parenthood. For Farnsworth, who grew up in Naperville, Illinois, sharing her story was an easy decision.

“I want to give others a sense of hope, and for families that are now facing a hearing loss diagnosis, I want them to know that there are so many resources and so much promise for what the future can bring,” she says. “I think my story is unique because I was diagnosed a little bit later, but I was fortunate to be otherwise healthy and have an incredible support system.”

Because of the initiation of the universal newborn hearing screening programs, most children are diagnosed with hearing loss within the first few weeks or months after birth. Farnsworth, though, was a child before those programs were introduced and was diagnosed just shortly before her third birthday after her parents noticed she was reading their lips when they spoke. 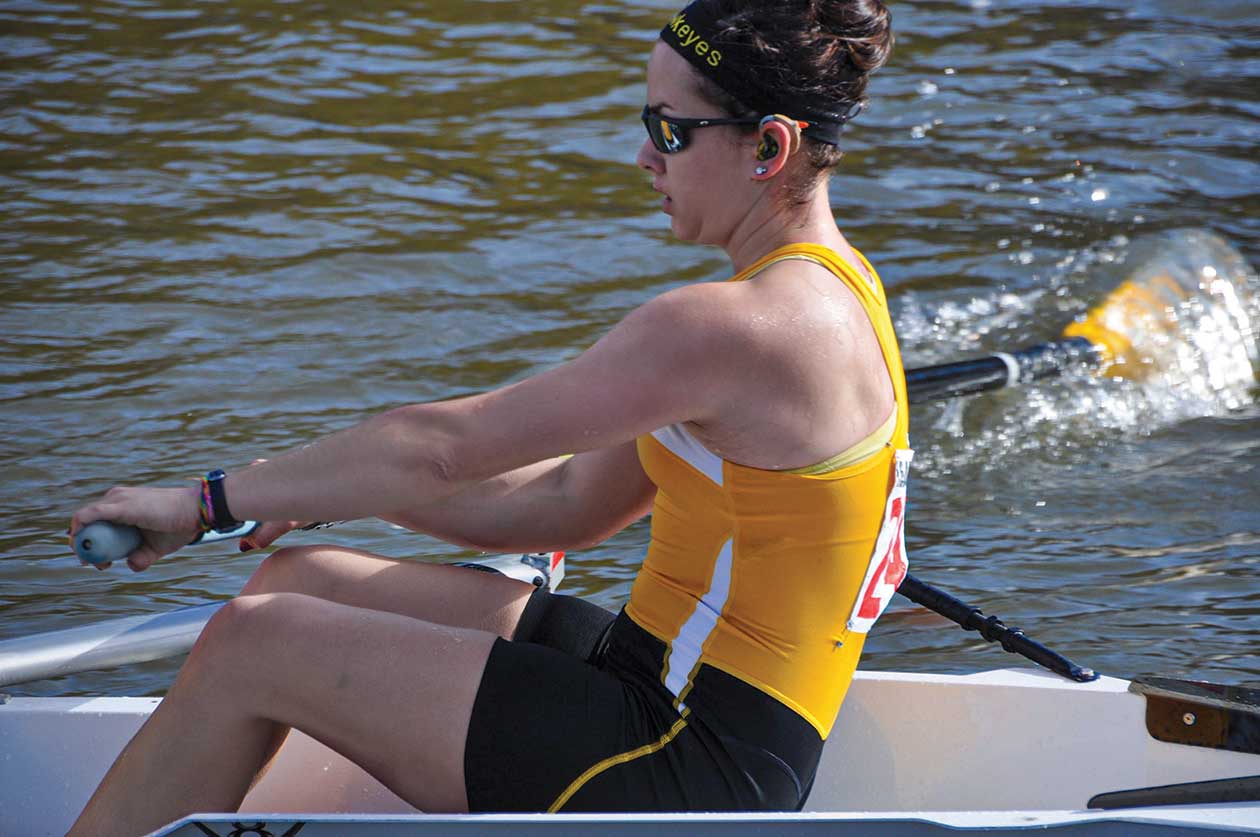 PHOTO: HAWKEYESPORTS.COM Farnsworth was a member of the Iowa rowing team from 2007 to 2011.

It was during an appointment with an audiologist that Farnsworth started to gain an interest in the field.

“I had an experience with a pediatric audiologist who tried to commiserate with me, and I felt a huge disconnect with that doctor,” says Farnsworth. “I wasn’t upset, but she had no idea what I was going through. I wanted to be able to bond with my patients in a way that this audiologist couldn’t.”

While Farnsworth had considered attending Iowa for speech and hearing studies—in part because of its reputation as a leader in the field—a rowing camp in Iowa City prior to her senior year in high school sealed the deal. A natural athlete who enjoyed sports, she signed a national letter of intent to row at Iowa. In addition to competing for the Hawkeyes, Farnsworth benefited from learning in a nationally recognized speech and hearing studies program from faculty mentors such as Ruth Bentler (72BS, 73MA, 97PhD), who is professor and chair of the Department of Communication Sciences and Disorders.

“My experience at Iowa really shaped me into the clinician I am now—not only in the classroom, but on the rowing team where I honed my ability to dedicate and focus myself,” says Farnsworth. “Iowa provided me with so many opportunities to be successful in my own way.”

Listen to the Amplified Podcast

Listen to the Amplified Podcast

Join our email list
Get the latest news and information for alumni, fans, and friends of the University of Iowa.
Sign up now
Related Articles
Iowa Researcher Finds Weightlifting Can Extend Lifespans
A health and human physiology professor highlights the long-term power of pumping iron.
Iowa Research Shows the Importance of Giving Your Brain a Workout
Exercise maintains key brain connections that could lower the risk of Alzheimer’s as we age.
Ask an Expert: What Have We Learned About Long-Term COVID?
Iowa physician Alejandro Comellas explains what doctors are seeing at UI Health Care’s Post-COVID Clinic.
Hope is in Sight Thanks to a Family's Support for Iowa Vision Research
Sparked by a family member's diagnosis, the Chakrabortys help Iowa scientists study new treatments for a juvenile genetic eye disorder.