By Kurt Vonnegut
5 minute read
As the UI celebrates 175 years, we look back at a famed novelist's 1991 eulogy for the influential Iowa Writers' Workshop director.

EDITOR'S NOTE: Paul Engle (32MA) didn't invent the Iowa Writers' Workshop, but he did put Iowa on the map as the Writing University. 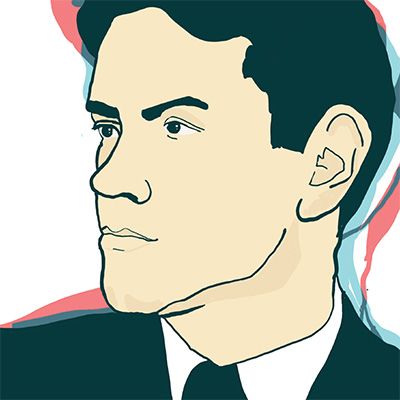 As the second director of the workshop from 1941 to 1965, Engle built support for the two-year residency program to attract the world's most promising writers and instructors to Iowa City. Today, as the University of Iowa marks its 175th anniversary, Engle is remembered as one of the most influential leaders in its history, and the 85-year-old Iowa Writers' Workshop remains a major force in American literature.

At a memorial service in 1991, former Iowa Writers' Workshop instructor Kurt Vonnegut paid tribute to Engle's vision for a writing mecca amid the cornfields. The following is that eulogy as it appeared in A Community of Writers: Paul Engle and the Iowa Writers' Workshop, an anthology edited by workshop graduate Robert Dana (54MA) and published in 1999 by the University of Iowa Press. 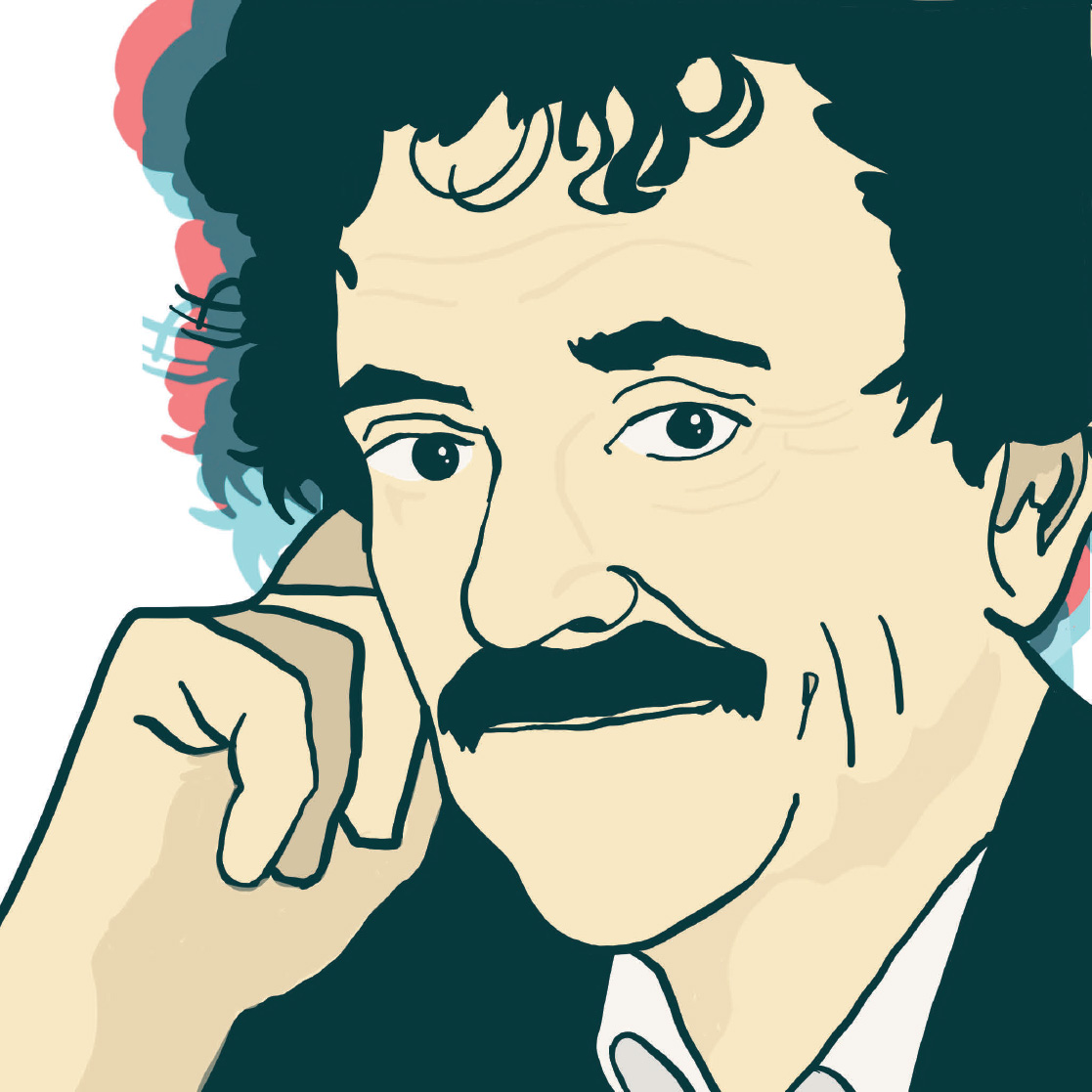 I want to scold the state of Iowa at least a little bit.

You did not accord Paul Engle a minor fraction of the honors he deserved.

But you were simply being human. Saint Matthew said: "A prophet is not without honor, save in his own country." Matthew was speaking of every locality on Earth. How can anyone seem remarkable who was born where we were born, grew up as we grew up, who looks like us, who talks like us, who jokes like us, who eats like us, who makes the same dumb mistakes that we do?

Why should you have paid homage to Paul Engle, when you could see him every day, if you wanted, and he was no dumber or smarter, or a better or worse dresser, than your brother Frank or your cousin Ed?

So it takes an outsider like me to give his word of honor that Paul Engle, in addition to being one of you, was a glamorous planetary citizen on the order of Duke Ellington or Charlie Chaplin, say. Or Martha Graham, the great dancer and choreographer, who died ten days after Paul died. Or Antonín Dvořák, another great artist, who wowed your great-grandparents when he lived and worked in Iowa precisely because he was so much unlike them.

Let the climax of this memorial service be the performance, or the reading, or the viewing, or whatever, of a work of art by Paul Engle which is obviously as majestic as Dvořák's New World Symphony.

What remains are the Writers' Workshops. And those have always been here, haven't they? Like the river and the old State Capitol?

Before I came to Iowa City to teach in 1965 and '66, I could name only three things I knew for sure about your state: Corn, pigs, and the Writers' Workshop. There was only one such world-famous workshop then. Now there are two, the newer one for authors from other nations, the International Writing Program. There wouldn't be a Writers' Workshop worth a nickel here if Paul Engle hadn't committed his whole body and soul to their creation. So are the desks and file cabinets and duplicating machines of those ongoing institutions—the New World Symphony, so to speak, that he left us? You think I'm nuts?

His New World Symphony, which is an Old World Symphony, too, or simply a World Symphony, is the enormous body of literature created, and which is still being created, by men and women who gained or regained self-confidence as artists right here in River City. Excuse me, I meant to say, "right here in Iowa City." The line "right here in River City," of course, comes from Meredith Willson's The Music Man. That's a natural slip of the tongue to make, since Paul Engle, a real human being who was among you until very recently, was as virile and exciting, and hilarious, and rascally, and playful, and encouraging, and inspiring, as Meredith Willson's wholly fictitious Music Man.

The current mayor of Prague, Czechoslovakia*, in case you don't know it, who is also a novelist and my translator, studied writing here. So did Flannery O'Connor and John Irving and Gail Godwin.

Somebody started to assemble a history of Paul Engle's Writers' Workshop, I'm told. The person, while riffling through musty files, came across the name of a former student who became world famous, although nobody recalled that he had studied there. He had changed his name after he left. That was the problem. He was just Tom Williams at the University of Iowa. But then he changed his first name to "Tennessee."

I was rescued by Paul Engle's Writers' Workshop in the mid-1960s, and he didn't know me, and I don't think he had ever heard of me. He didn't read that kind of crap. But somebody else out here did, and assured him that I was indeed a writer, but dead broke with a lot of kids, and completely out of print and scared to death. So he threw me a life preserver, which is to say a teaching job. That same autumn, he threw another to the world-class writer Nelson Algren, and yet another to the Chilean novelist José Donoso. All three of us were headed for Davy Jones' locker for sure.

Paul Engle should get a posthumous medal from the Coast Guard for all the lives he saved.

No writer in all of history did as much to help other writers as Paul Engle.

I miss him because I loved him.

One last thought: To hundreds of writers all over the world now, Paul Engle wasn't merely an Iowan. He was Iowa!

Kurt Vonnegut (1922-2007) taught at the Iowa Writers' Workshop from 1965 to 1967 while writing Slaughterhouse Five. Vonnegut received an Award for Literature from the National Institute of Arts and Letters in 1970, and he was a member of the American Academy of Arts and Letters.

Other Notable Workshop Alumni and Faculty 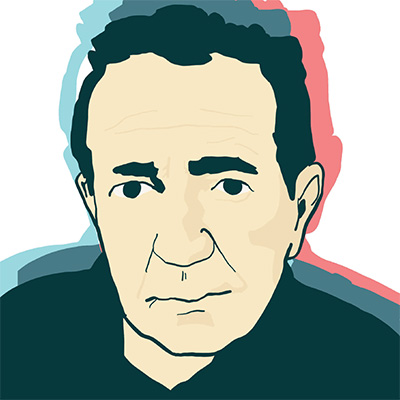 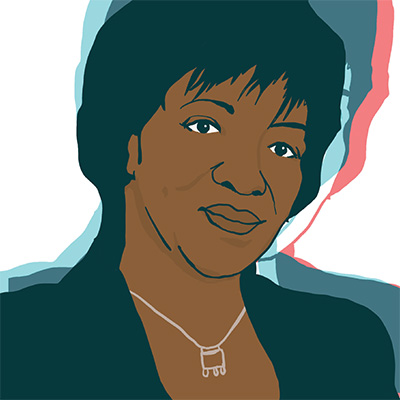 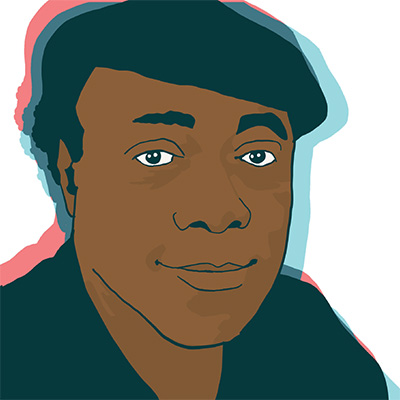 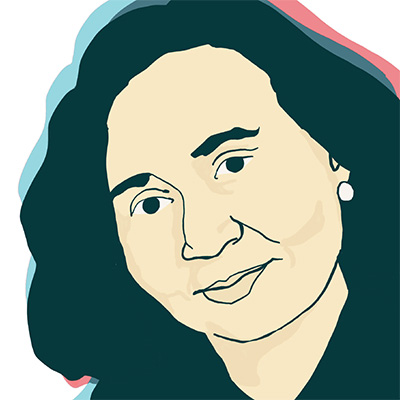 Other Notable Workshop Alumni and Faculty